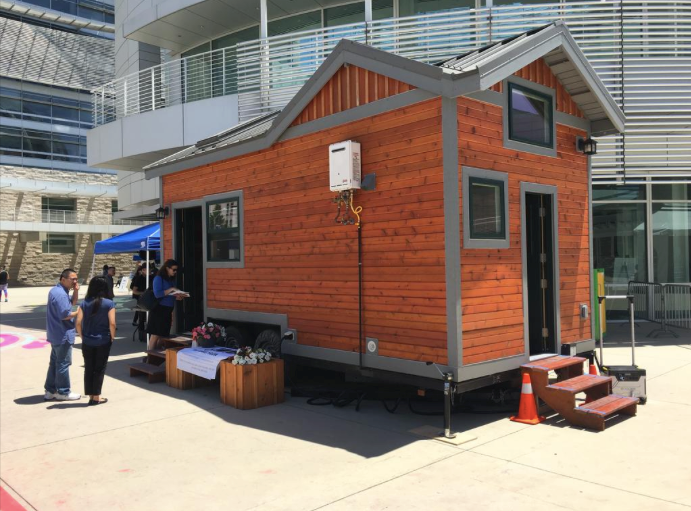 In most Silicon Valley cities, minimum lot sizes to add an in-law unit range from 5,000 to 8,000 square feet.

In Los Altos, it's a bit higher.

Enlarge
Tiny houses can easily serve as in-law units. This tiny home built by Oregon-based Tiny… more
On Tuesday, the Los Altos City Council will consider asking staff to look at reducing its current 9,000- to 15,000-square foot lot size requirement (exact size depends on zoning district). The council will also vote on whether to tell staff to look at other means of encouraging production of in-law units.

The meeting takes place exactly three weeks after the Belmont City Council voted to loosen regulations on secondary units, including the reduction of the minimum lot size from 8,000 to 5,000 square feet.

That's good news for housing advocates who see these units, which generally have lower rents due to their smaller size, as a means of increasing the supply of "naturally affordable" housing.

Besides local developments, there's been a major push at the state level to encourage production of secondary units, also know as "accessory dwelling units" (ADUs).

Senate Bill 1069 eliminates or reduces parking requirements and utility hook-up fees and speeds up the approval process for second units attached to the primary residence.
Assembly Bill 2299 goes further than SB 1069 in that it requires local second unit ordinances to include ministerial, non-discretionary approval for any second unit that meets a city's requirements.
Assembly Bill 2406 streamlines the process for homeowners to convert an existing bedroom into an attached, studio-like living unit.
While SB 1069 and AB 2299 go into effect on Jan. 1, 2017, AB 2406 went into effect on Sept. 27.