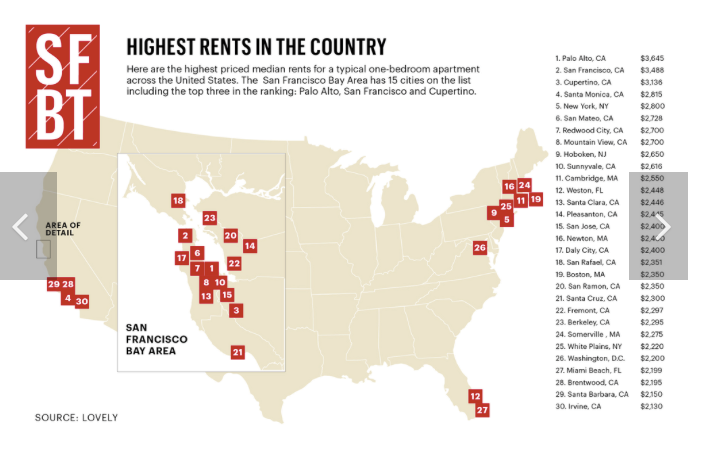 The Bay Area is in the midst of a housing crisis decades in the making. Years of missteps in zoning and development policy, along with an exploding population, have meant that the region regularly ranks as one most expensive and most difficult-to-build-in markets in the entire nation.

But even as most people agree that something needs to be done, there are battles over exactly what that “something” should be. These questions have led to political slugfests over housing density bonuses at the Board of Supervisors table and killed (temporarily at least) the “as of right” development policy hailed by Gov. Jerry Brown as a major key in fixing the problem.

The solution: A housing density bonus program, originally proposed by Supervisor Katy… more
Click on the slideshow above to see our list of 11 of the best solutions (and their pros and cons) to the Bay Area's housing crisis>>>

Still, there has been limited progress. For example, new legislation has meant that in-law units and teacher housing may have an easier path forward, possibly adding thousands of new affordable units to the market.

This simple mismatch in supply and demand has driven median single-family home prices in San Francisco to six times the nationwide median price and means that the five most expensive rental counties are all in the Bay Area: Marin, San Francisco, Alameda, Contra Costa and San Mateo.

Skyrocketing housing costs are making it increasingly difficult for middle and low income residents to stay in their homes, contributing to an environment where more than a third of Bay Area residents say they are looking to get out. The solutions listed are a few possible efforts to reverse that trend.